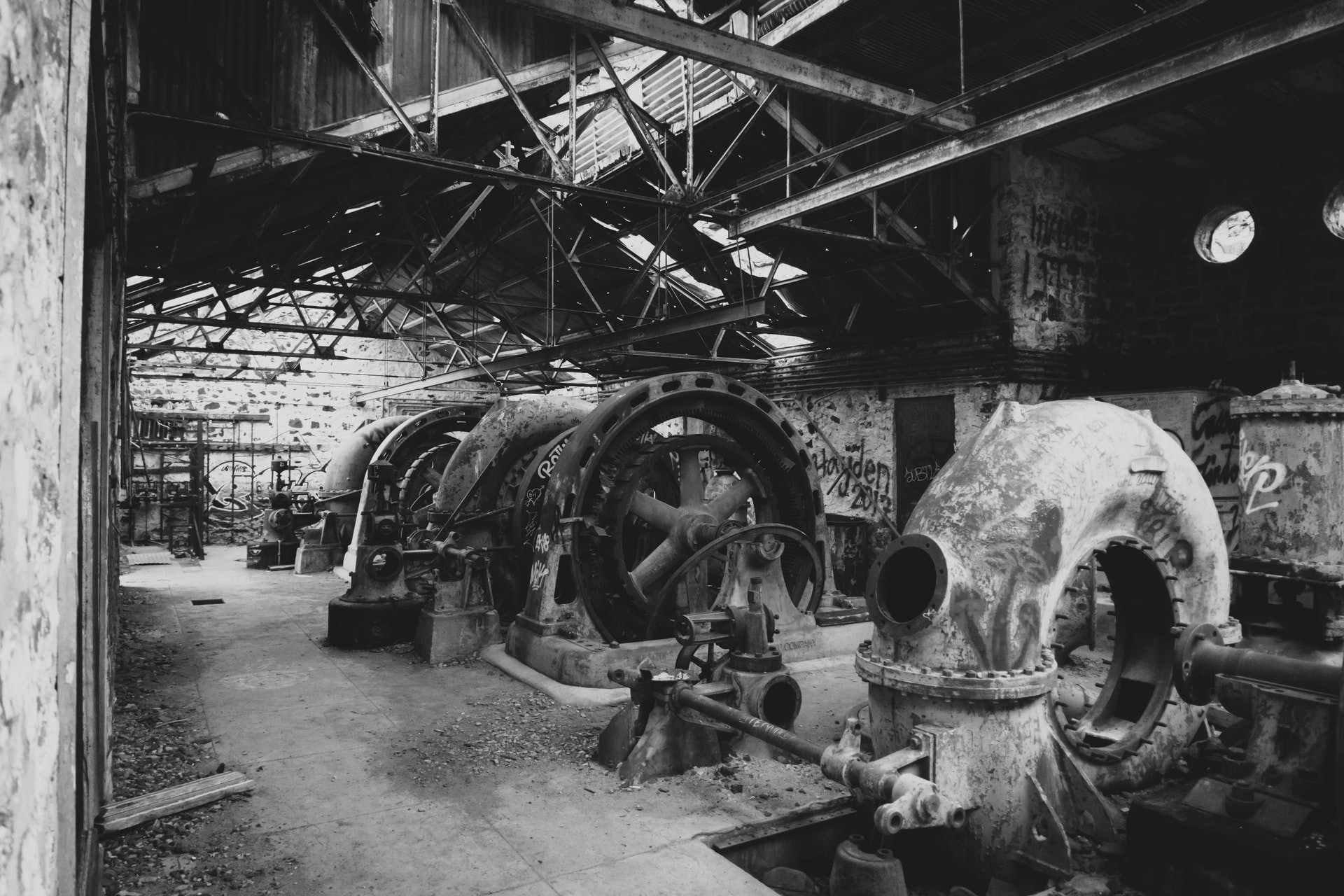 Yeah, I know this year has been terrible. Maybe the only silver lining is that you don’t have to worry about the pandemic anymore with the nuclear winter above and all.

But you still gotta eat and resources in this underground bunker are scarce. Luckily you won the contract to conduct the post mortem for how you got here in the first place. So you clone the source of this disaster.

Well given that there’s not much else to do, you decide to try it out on a Python interpreter.

Leonardo Torres y Quevado wrote a paper called “Essays on Automatics” which was him flexing over why his electromechanical imaginary computer is better than whatever trendy moth-murdering movable mechanistic calculator Babbage-boy created back then.

In that paper he also almost casually proposed a way to represent real numbers. 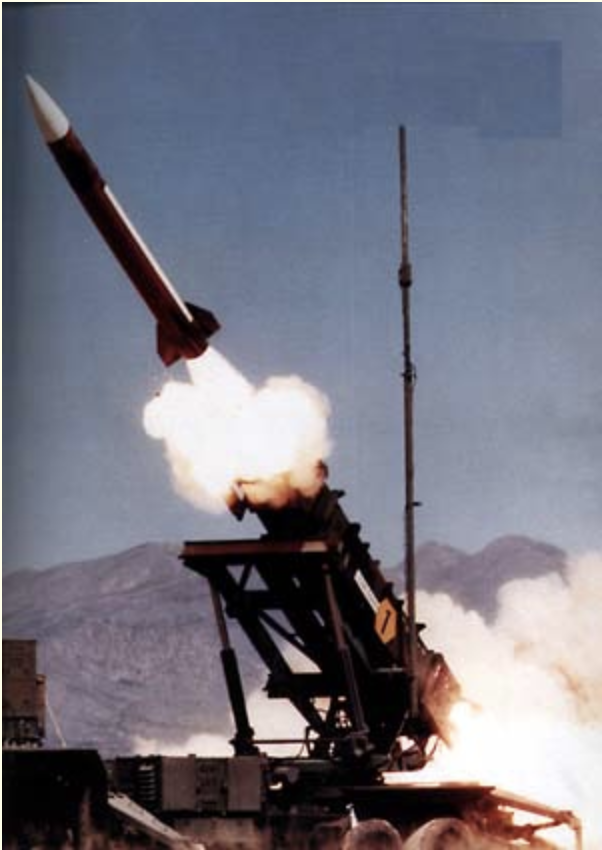 Back before half of humanity exterminated itself with the accidental nuke launch, they were partaking in a mutual cleansing of existence, albeit on a smaller but more deliberate scale. This was the Gulf War and an incoming Iraqi Scud missile had just hit an American Army barracks, killing 28 soldiers. The Patriot Missile Defense systems were supposed to intercept this missile, but for whatever reason the Scud went outside the Patriot’s tracking range. A report found that in eight hours the internal clock was off by 0.0275 seconds. In a 100 hours it was off by 0.34 seconds. It seemed to be proportionally increasing with time.

Python is a horrendous joke of a language, you think. Clearly it’s not a language for Real Programmers. It deserves to be resigned to making SEO blogspam generators with that GPT3 nonsense.

So you whip out the trusty Go, merely as a mental exercise of how you would have prevented this disaster.

true. Excellent. And now to finish this up and make the equivalent nukes_will.go.

And then you smugly hit Run.

Horrified, you reach out to the other languages.

What a pity! These were supposed to be sophisticated languages. You found that some languages like PHP and GNU Octave did return 0.3 but, they did not pass the equality test which would have stopped the nukes.

Your stomach grumbles. You haven’t eaten. Well, you’ve found the source, might as well cash in the canned fish you’d get for this contract. You did find the cause, after all.

As you reach for the power button, you feel your fingers tense up. Your mind is not letting you do this.

You have to know.1

2020, in a parallel universe with no pandemics or nuclear meltdowns

Yogenderprakashan Sarvepalli was hanging out with his buddy Anu at the college library.

“Anu, I have been trying to hack at the source code of Money Bunny so that everytime the Bunny hits the Evil Ducks™, I get extra coin.”

“Look,” he sighed, “There’s this handler which changes the game state everytime I punch the Ducks. It should increment my money variable by one. It’s doing diddly-squat.”

“Yoge, you know full well I am not going through that Rabbit nonsense.”

“At least have a look at this snippet I made that does the same thing,” he said, tilting his laptop to her.

“Why does this work, but not my progra—”

“Why are you using a float?”

“I don’t know, because that’s what the game does?”

“That’s the problem. I read about this in a blog the other day.”

“Ay you wait da,” she said while ripping a page from her lab observation book.

“You see, the higher a floating point number goes, the less precise it gets.

“The offset helps us locate the exact number in that range, basically telling us that, if we divide up the range in the window into equal parts, at what index in that range will we land on the number we want to represent?”

“Exactly. So the larger your number—”

“The lesser the precision at which I can represent it,” said Yoge, wide-eyed.

“But what does this have to do with Money Bunny?” he said.

“How much coin did you have in the game?”

“Yes, and with a float that large, you are getting so imprecise that adding one does not let you jump to the next number. It just rounds back to the same number. Try adding a larger number and it should work. Or better yet, ask the developer to not use floats for a value that keeps increasing!”2

Yogenderprakashan Sarvepalli was so enlightened by this realization that he started levitating and slowly ascended to the heavens above.

You have already gone through the printed copy of IEEE 754 that you found lying around the office. It didn’t make much sense to you with it’s overly technical language, and the fact that the rats chewed off some of the sheets did not help.

But you did figure out a few things.

So the comparison fails at multiple levels. You are adding the wrong numbers in the first place to get another wrong number, and then you compare that with a third wrong number, expecting it to be true. Oof.

And you start noticing a pattern while typing away at the interpreter. Any fractional number which can be represented by a constant multiplied by a power of 2 gets represented correctly, like 0.125, 0.625, \(\frac{23}{32}\), etc.

Power of two. Of course.

You try to write the binary representation of 0.1 by hand, which gives you:

At some point the infinite binary sequence is chopped off because they had to fit the float in the 32 bits it was given. Hence the rounding error.

You also notice that when you print with the formatting a number like 1000000000000000.3 the fractional part gets more inaccurate than just 0.3. Looks like floats get less precise as the values increase. So clearly the designers of no_nukes.py should not select whatever floats their boats, and definitely not whatever bloats their floats.

Now that you finally understand the problem, you toy with the idea of what could have been, had you designed this program. Sigh. But one can still hope.

So the way you compare floats in a program is to define a relative tolerance that is acceptable to you, and handle a bunch of edge cases. In Java, it would look something like this:3

You know it’s probably good to not really use floats at all. You don’t need the speed here, anyway. When it comes to preventing nukes from ending it all, it’s best to go slower but be precise. Maybe you could write a library that represents numbers digit-wise, and grow and reduce the digits by allocating memory as needed. Actually, does that already exist?

Wait, is that what Go was doing? It seems that Go has its numeric literals be arbitrary precision numbers, which turn into floating point as you put them in variables!

You go through the offline copies of the Python documentation, and find the document for Decimal. Perfect. This fixed point, arbitrary precision representation is what you need. Or what was needed to save the world.

And so you type in,

If only you were hired.

Appendix: How to make money disappear

Use floating point! You may think that small rounding errors may not be damaging enough, but do not worry, my friend, for errors collect over time.

Not only can small rounding errors that accumulate do wonders like reduce the index of a stock market to almost half its actual value, but it can also reduce customer credibility, knowing that your calculations are never accurate especially when money is involved :D

PREVIOUSWhat in the world is ricing!?
NEXTHow Linux made me a better developer
Search