“Ricing? What is ricing? What is a rice?” one may ask. Is it some weird slang for throwing rice around or cooking? NO! At least I don’t think of it that way… Well let us first take a stroll through time as we find out about the origin of ricing.

History of the term “RICE”

Ricing was initiated by Asian street racers customizing their vehicles with stickers, paints, spoilers and other accessories to make their car look cool. Some do it even to stand out and/or “go faster” (meant to make them feel like their faster I guess, if that were the case, then the top car making companies should just do the same). It wasn’t invented/coined by them as it was mostly used as an insult for a while.

The people who “riced” their vehicles were referred to as “rice boy” in the US. It was often used for ridiculing them for their choices and misconceptions. Sometimes it was meant to stereotype someone to a certain “kind” or “race”, sometimes it was just mildly insulting. Depends on the context.

Now you might be wondering, “Why am I being given a history lesson about cars and Asians, when all I wanted was what is ricing in Linux”. Well because it’s interesting and also it plays a vital role in the term “RICE” 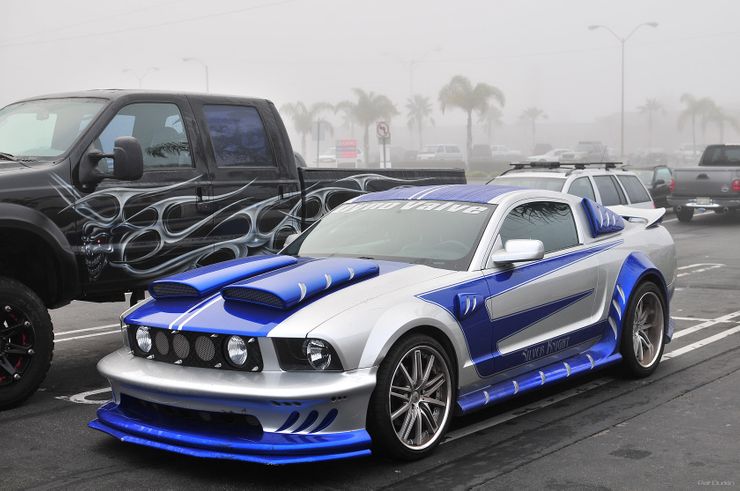 “RICE” in the LINUX/UNIX side of things

The term “RICE” stands for Race Inspired Cosmetic Enhancment. A group of people (could be one, idk) decided to see if they could tweak their own distros like they/others did their cars. This gave rise to a community of Linux/Unix enthusiasts trying to make their distros look cooler and better than others.

This lead to people getting frustrated by the amount of work they did to achieve that, and they did what any sane person would do. Make tools that do it for them. The tools evolved to this day and age that it’s simple enough for anyone to do it. It started from making shells fancy to customizing the entire distro. It’s all open source. All you need to do is have fun!

You might be wondering, “Ok, seems like this is for nerds and geeks, not for just about anyone” or “Why would I need to rice?”. Bear with me as I’ll try to my best to answer both. 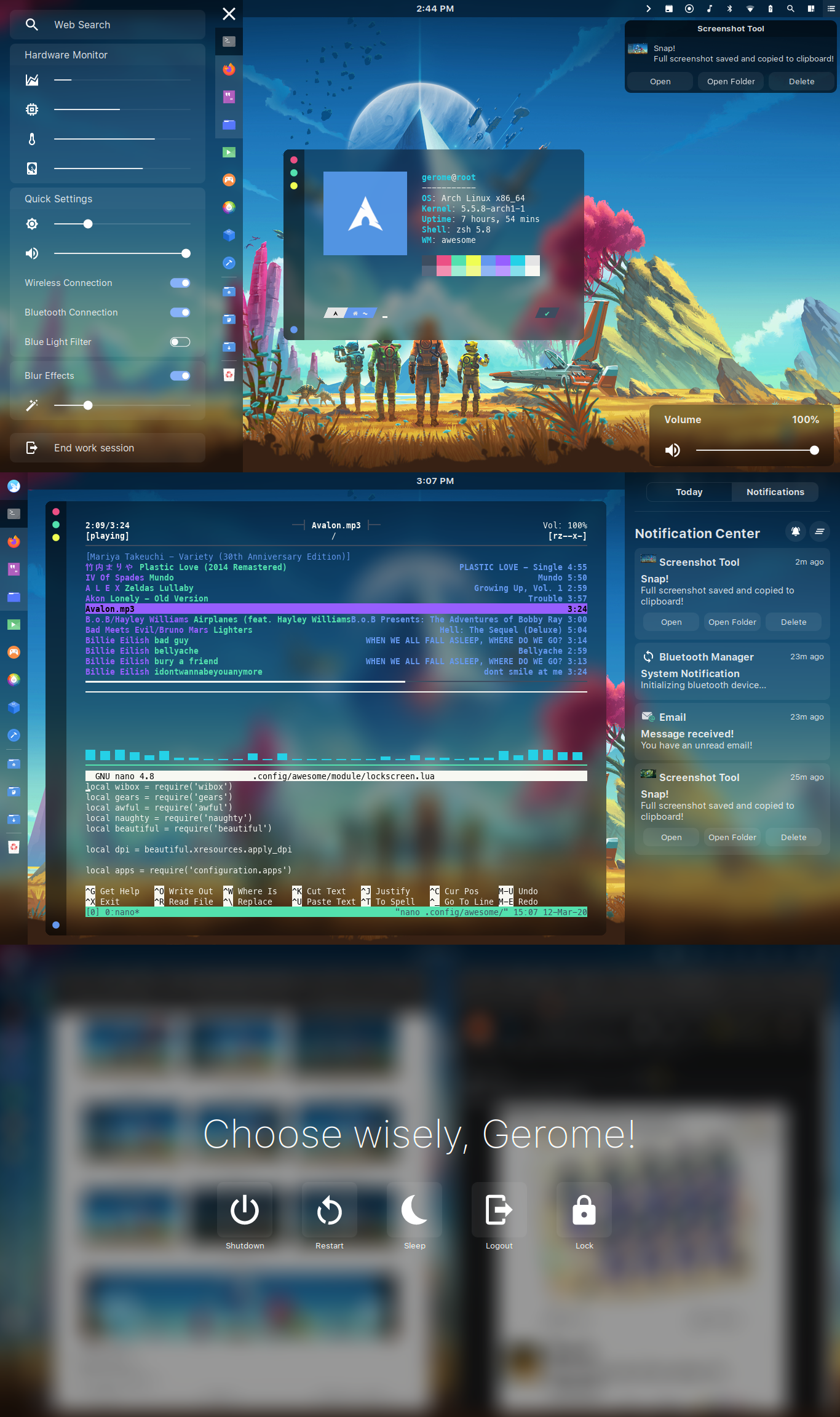 Why should you rice?

As I see it, there are two kinds of people who heard of ricing.

The first kind of people are what most of you would fall under, at least I hope you are, my attempts to convince you might be easier. As a Linux/Unix user, you have the freedom to do what you want (Sorry MacOS users, you guys are slightly restricted, doesn’t mean you can’t rice. You most certainly can but I don’t own one). If you have some experience with shells, you might start automating or writing scripts for certain tasks. That right there is a start! You want to do whatever you want.

Ricing follows the same principle, make your system do and look like however you want. Don’t like how it looks? Redo it or maybe change a few aspects! You have so many choices that many a days go by when I start ricing. It could be the simplest or the most complex, but it all depends on you. It is what you want to do.

The philosophy of ricing , at least this is what I believe, is that you have all the freedom to make your system the way you want. People who are indifferent to it, at least give it a try. I promise you won’t regret it. 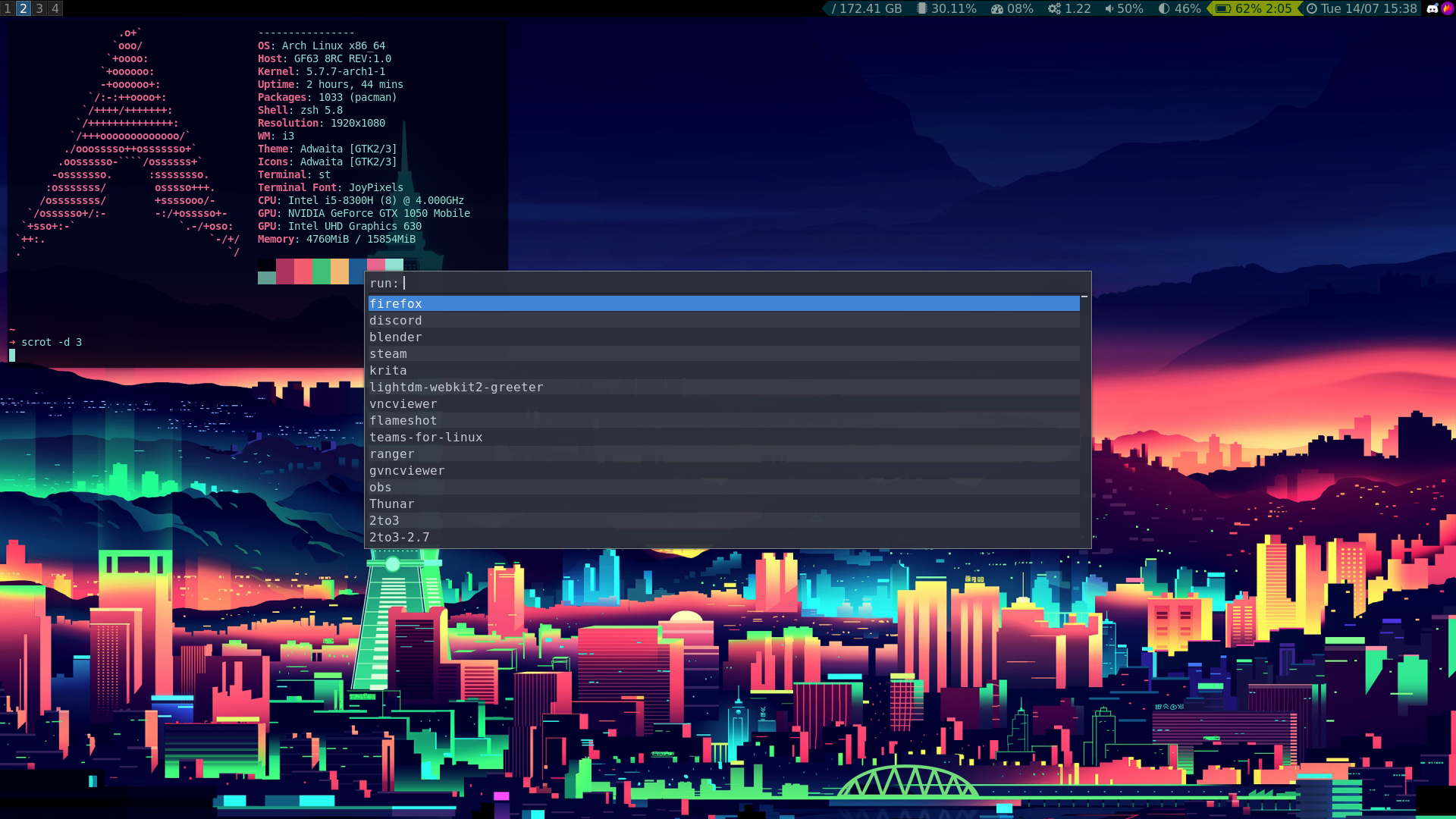 How do I rice?

To answer this, I’ll give a rough overview. Albeit to common suggestion, you don’t have to necessarily use Arch Linux, Void Linux, Nix OS, Gentoo, or BSDs to rice your systems. These distros have amazing user contributed packages and/or are not traditionally installed. Most of these are customized from the very beginning, you get to choose what you put in your system and you aren’t given anything but a plaform to start building. In this case, the distros are the platforms and the packages are a mall of all lego blocks and you get to build whatever you want with it.

I wouldn’t recommend getting started with these if you really just want to try out ricing and not leave the comfort of your distro. Just stick with what you like. If you don’t have a user built package, you’d 100% have github repo that is made from source.

But if you are still searching for a perfect distro I’d recommend trying out one of these. Preferably Arch Linux (BTW I use arch).

After you have a distro or decide to stick with your own, you can customize anything you want. I’d recommend to start with the following first:

You have a pletora of options. I’d suggest exploring r/unixporn for inspiration and tutorials or their rice configuration files. These files are the best way to start off as you’d have a base to start with instead of doing everything yourself.

If you have reached this far, thanks a lot! I’ll end it with a few screenshots and configurations of my own system. To infinity and beyond!

PREVIOUSBuilding Android kernels
NEXT0.1 + 0.2 is not 0.3 and other ways to make money disappear amidst a nuclear fallout
Search